Posted on July 6, 2013 by picturesinpowell

Stringham brought his horse prints with him to his Oxford rooms. A vistor, Bob Duport, sees the print of The Pharisee and says, “I’ve never seen a jock on land, or sea, sit a horse like that.” (QU 185/191)

“‘Put your shirt on him when you do, Bob,’ said Peter”

The jocular playboys make it clear that our earlier guess at the appearance of the horse prints was incorrect when we chose unmounted horses.

This etching by George Townly Stubbs of Baronet, ridden by Samuel Chifney,  may be on the money. The Prince of Wales (later George IV) owned Baronet, which won the Oatland Stakes in 1791. The Prince won over 17,000 pounds sterling on a single bet. The Prince hired Chifney as his full time rider. Chifney had great success with an unusual slack-rein riding style, but he became the object of a Jockey Club investigation, which prompted the Prince to withdraw from racing (Dictionary of National Biography vol 10, p . 254) 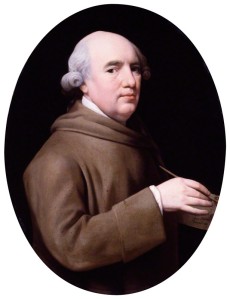 George Townly Stubbs worked from a painting by his father, George Stubbs (1721-1805) one of the best horse painters of his generation. The elder Stubbs studied anatomy and published the Anatomy of the Horse.   He received many commissions from the noblemen who founded the Jockey Club. He exhibited at the Royal Academy, which now has a collection of his anatomic horse studies; however, as a sporting painter, the Academy offered him only associate membership, which he declined.

The etching was done with stippling (more information about this technique is available at Graphics Atlas) and hand painted.  G.T. Stubbs was engraver to his Royal Highness the Prince of Wales. The etching was republished June 4th 1817 by Edw.d Orme, Bond Street, London and as of June 30, 2013,  there were copies for sale at Grosvenor Prints, for those who want to emulate Stringham.

In Album, Lady Violet Powell, perhaps guided by her husband, shows Captain Becher on Vivian, an aquatint by J.A. Mitchell (~1835), [accessed on eBay  Dec. 15, 2017] as an example of the Sporting Print.