Landscapes at the Soviet Embassy

Posted on October 7, 2016 by picturesinpowell

Jenkins describes the dining room of the Soviet embassy: “Here again was a faint sense of austerity, an impression of off-white walls sparsely decorated with pictures, landscapes light in tone — the steppe —  birch tress — sunset on the snow — nothing in the least reminiscent of Tokenhouse  and his school ” [TK 221/~215]

Russian landscape painting evolved in the nineteenth century, influenced by European landscape traditions exemplified by Corot and other painters of the Barbizon school.

Arkhip Ivanovich Kuindzi (1842-1910) showed the vastness of the steppe in a number of canvases that catch the play of light across the land. 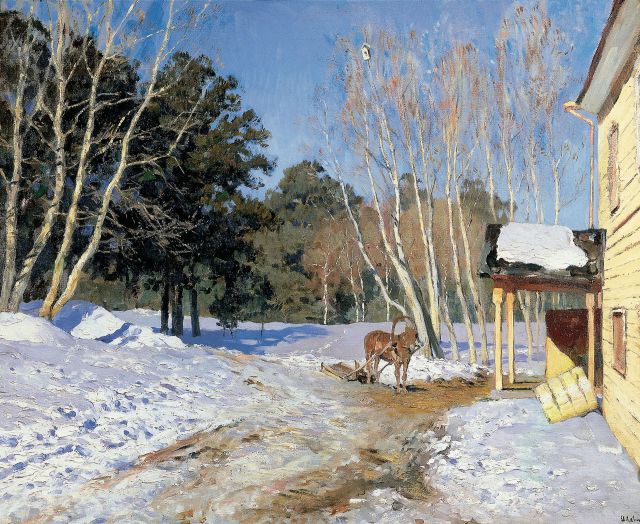 There is no shortage of snow or birch trees in the portfolio of Isaac Levitan (1860-1900), another master of Russian landscape painting. 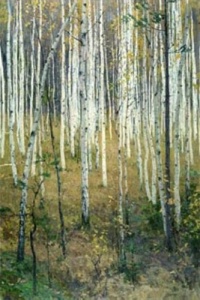 Soviet era landscape painting at times included Socialist Realist themes, glorifying agricultural workers or war heroes; however, scenes showing love of the Motherland were allowed by authorities, so painters like Aleksei Mikhailovich Gritsai (1914-1998) could paint birches without political overtones, scenes not “reminiscent of Tokenhouse and his school.”  Gritsai was one of the artists shown at the Soviet pavilion at the 1958 Biennale (Italian transliteration Alessio Grizai); among his honors were two Stalin prizes and election to the USSR Academy of Arts.