Posted on February 11, 2014 by picturesinpowell

When Isbister died, one of the death notices called him “the British Frans Hals.” [AW 36/30] 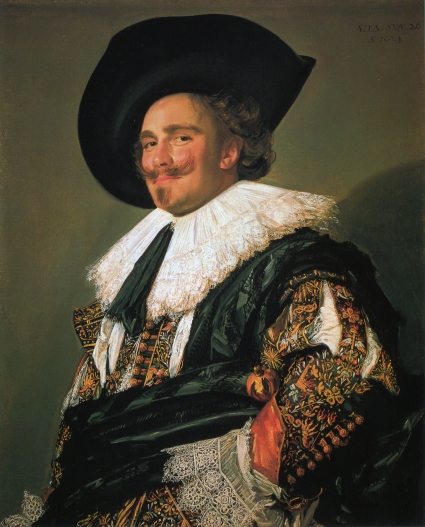 We will start with an art history quiz: Which is true of Hals (Dutch ~1582-1666)? A. He, along with Rembrandt and Vermeer, is one of the enduring stars of the Dutch Baroque. B. He drank heavily and abused his first wife. C. He was a master of genre painting. D. He was in great demand as a portraitist by the Dutch bourgeoise. E. His portraits were vibrant with visible brushwork that was meticulously executed to appear spontaneous. F. He was broke and out of fashion before he died. G. His reputation revived in the nineteenth century, when innovators like Manet learned from Hals’ style. Answer: all of the above except for B. The story of wife abuse appeared in early biographies, but examination of the records showed that the abuser was a different Frans Hals, who also lived in Haarlem at the time. The growth of Hals’ critical stature is shown by enthusiasm for The Laughing Cavalier, which has been immensely acclaimed since it was first shown in Britain in 1872. So, which of these aspects of Hals led the obituary writer to compare him to Isbister?  There is  no suggestion of debauchery nor of mistreatment of  Morwenna, his wife and model. He was hardly a contemporary master; later Jenkins attends the Isbister Memorial Exhibition “partly from a certain weakness for bad pictures, particularly bad portraits. ” [AW 113/106]  Rather, the reference seems to refer to Isbister’s ability to sell portraits to the burghers of Britain, in spite of what Jenkins calls “the crudeness of his accustomed application of paint to canvas,” in no way comparable to Hals’ virtuso brushwork.