Posted on August 17, 2013 by picturesinpowell 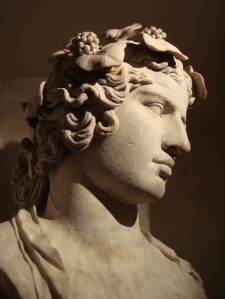 A typical patron of Mr. Deacon was “a big iron man” from the Midlands who after visiting Deacon in London would return to Lancashire with “an oil sketch of Antinous, or a sheaf of charcoal studies of Spartan youth at exercise.” [BM 8/~4]

Antinous is sometimes called “the gay god.” He was a beautiful young Bithynian Greek boy, beloved by the Roman emperor Hadrian. When Antinous drowned in the Nile in 130, Hadrian gave him the extraordinary honor of deification. As a result there were many sculptures of his beautiful body, available for sketching by an Englishman on his Italian tour.  By the late nineteenth century his homoerotic beauty was a passing metaphor in three of Oscar Wilde’s works and JA Symonds devoted a chapter to him in his Sketches And Studies In Italy and Greece (1879). Symonds quotes Shelley, who in his The Colliseum, A Fragment of a Romance, written about 1819,  described statutes of Antinous as showing “eager and impassioned tenderness” and “effeminate sullenness of the eye.”

We show here a charcoal nude by John Singer Sergeant, quite a bit more sophisticated than his teenage doodle of Antinous; however, we have not found charcoal sketches of Spartan youth from Mr. Deacon’s era, and he would not have approved of Degas, at least not of his later work, but this painting of the Spartan girls urging the Spartan boys to wrestle illustrates an implication about Mr. Deacon’s patrons: we think the big iron man came to London for more than just art. 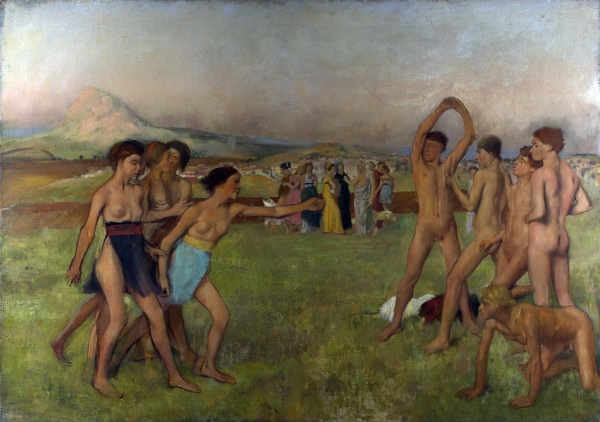