Posted on July 6, 2013 by picturesinpowell

Later at Sillery’s, “Members rose suddenly from the sofa and cast himself with a startling bump, almost full length on the floor in front of the fire place: exchanging in this manner his Boyhood-of-Raleigh pose for that of the Dying Gladiator. (QU 174/181)” 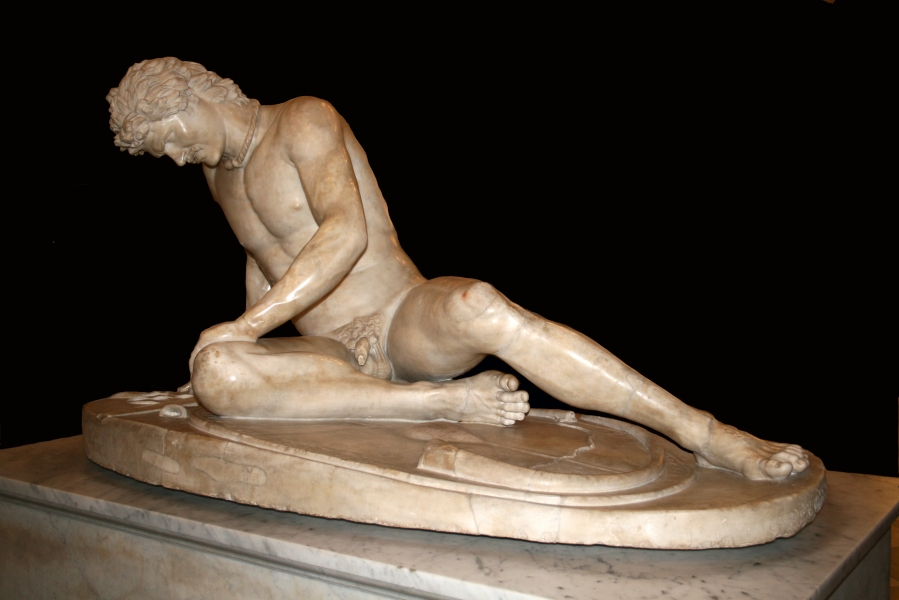 The Dying Gladiator
Marble, copy of one of the statues Attalus I gave to Athens (3rd century BC).
Capitoline Museum
photo by Jean-Pol GRANDMONT
from Wikimedia Commons 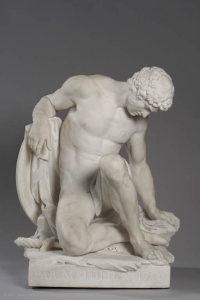 A Google image search shows many options for The Dying Gladiator, but the Narrator must be referring to the sculpture in the Capitoline Museum, not only because Members was  reclining , but also because Powell could expect a reader with a classic British education to be familiar with the piece, which, in the nineteenth century was assumed to represent a wounded gladiator.  It had been uncovered in the seventeenth century in Rome, taken by Napoleon to the Louvre, then returned to Rome in 1816. A rich young Englishman on a European Grand Tour might well want it on his itinerary.  In 1810 this sculpture was designated as the subject for the Newdigate poetry prize competition at Oxford . In 1818 Byron mentioned it in Childe Harold’s Pilgrimage (Canto IV, stanzas 140–141).  Currently, the figure is understood not to be a gladiator, but rather a

Gaul or Celt; the original bronze, of which the Capitoline marble is a Roman copy, was commissioned about 225 BC by Attalus I of Pergamon in Anatolia to commemorate his victory over the Gauls or Galatians.   The grimace of the dying beautiful boy, of which Byron says, “his manly brow consents to death but conquers agony,” may remind us of Member’s discomfort in Quiggins’ presence.